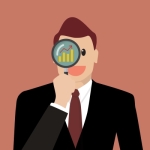 There’s nothing like a ridiculous over the top price hike to get the US attorney general’s unwanted scrutiny. Attorney General Eric Schneiderman is now taking a cold hard look at Mylan in the form of a very unflattering antitrust investigation. The AG would like to know if Mylan violated antitrust laws when it gave schools free devices while contractually barring them from purchasing products from other competitors for a whole year. Mylan unwittingly invited this unwelcome attention when it drastically increased the price of its life-saving devices from $100 in 2009 to $600 today. You reap what you sow, I suppose. Mylan’s EpiPen4Schools program has so far given 700,000 pens to 65,000 schools, and according to Mylan, it followed all the rules and had no purchase requirements for the devices. But according to the investigation, it seems that Mylan may have cheated schools by handily placing certain terms into the sales contracts which seem awfully anti-competitive. Well, at least the company is offering a generic version for $300. Isn’t that special?

Former Fox News broadcaster, Gretchen Carlson, is getting $20 million from Fox News to settle the sexual harassment lawsuit she filed back in August against former Fox News CEO Roger Ailes. If you recall, Carlson filed suit because she said that her contract wasn’t renewed after she refused to sleep with Ailes. Ailes, of course, denied the allegations and said the lawsuit was just retaliation for when the network didn’t renew her contract. Strangely enough – or not – once she filed her lawsuit, many many other women at Fox News also started coming forward with even more sexual harassment claims, some of which have since been settled. Apparently, Roger Ailes had complaints against him going back to the 80s. Ailes has several supporters at Fox including Brit Hume, Sean Hannity, Bill O’Reilly, Maria Bartiromo and Greta Van Susteren who, by the way, just announced that she’s now leaving the network. Some said her departure has to do with a financial disagreement, while others strongly believe it has to do with Ailes demise at the network he founded back in 1996. Fox, however, did publicly apologize to Gretchen Carlson and praised her work and career. And while Fox has been a veritable ratings juggernaut, this last incident spooked investors by exposing a weakness. Shares of 21st Century Fox, which owns Fox News took a dive, albeit a slight 1%. And if for some inexplicable reason you feel bad for Roger Ailes, don’t. He walked away with a $40 million severance package.

If you build it, they will buy…

Lego, maker of everybody’s favorite plastic toy bricks, posted some positively unimpressive numbers that included flat sales in the U.S. All because there was simply not enough of the plastic bricks to go around. That’s right. After posting a record profit last year, the world’s largest toymaker – sorry, Mattel – didn’t have the resources to get out its shipments according to the demand. Net profit for the company slipped to about 3.49 billion Danish kroner from last years’ 3.55 billion Danish kroner. 3.49 billion kroner, by the way is equivalent to about $523 million. But revenue was still up 11% to 15.7 billion kroner which translates to $2.35 billion. So the company went ahead and took money that would have gone towards profits to make some investments to increase and improve its supply chain. That included adding 3,500 jobs, bringing the total amount of Lego employees to 18,500, and building up factories in Mexico and China, amongst other locations. At least Lego doesn’t have to answer to demanding shareholders seeing as how it’s a family-controlled company.