About that “strategy statement”…

Twitter did its very best to impress investors by telling them all the new strategies it plans to implement to help the social media company rake in $11 billion in the next 5-8 years. I guess it worked as the stock went up by 7.5%. Twitter’s got all sorts of exciting plans mapped out. Among them are an instant timeline where you don’t even have to share to be a follower. How reassuring. Also really smart people are developing algorithms to figure what users would want to know. Then Twitter wants you to be able to “record, edit and share video.” A dream come true for so many. And because the social media site would hate for you to feel like you’ve missed out on anything, like for instance, today’s photos of Kim Kardashian – or rather, her backside –  then fear not, oh faithful tweeter, as there will be a “what you missed” function. How very useful. Now if Twitter could just figure out how to word a “strategy statement” that doesn’t exponentially exceed 144 characters.

Is that the library calling?

Because compromise is the hallmark of strong relationships, Amazon and Hachette publishers have finally done just that, ending a months-long fight over e-book pricing control. Hachette will now have control to price its e-books however it pleases, but apparently Amazon is going to provide the  publisher with enough incentives to keep those prices low. Which must be a relief for a bunch of its esteemed (and not-as-esteemed) authors, like Robert Galbraith a.k.a. J.K. Rowling, whose ebook, The Silkworm, was going for a whopping $14.99 on Amazon. The average price of a best-selling ebook hovers around $7.60. Sometimes they reach a $9.99 price point. That’s what I call “statement pricing.” Anyways, several authors took major fiscal hits from the feud. The whole “dispute” also got many people wondering if maybe Amazon has just a wee bit too much power over publishers. Hmmm.

I’ll quit to that…

Americans are quitting their jobs at the fastest rate in six years and that is, in fact, awesome news. About 2.8 million Americans walked out on their jobs, which apparently means that they are confident that they will (or already have) new jobs lined up in time to make their mortgage payment. So I guess it helps that hiring rates are also up. However, jobless claims also rose by 12,000, to 290,00, a bigger than expected climb, but still under the the 300,000 mark, which is really nothing to worry about – except, of course, for those who need to pay their mortgage. Jobless claims, though, are at a 14 year low and Fed Chairwoman Janet Yellen is loving (okay, not her exact words) the jobless claims number and “quit rate”  since they point to a recovering labor market. Besides, did you know that high quit rates are good for wages? It’s true, I tell you.

An Apple a day… 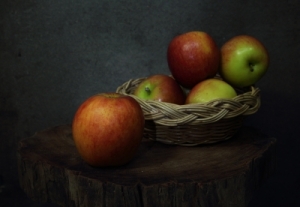 Dr. Dre must be in a very good mood now that Apple (AAPL) is forking over $3 billion to him and his fellow Beats Electronics co-founder Jimmy Iovine. After weeks of talk and rumor, the deal is official. Some feel that the deal might have happened sooner had Dre not bragged about becoming hip-hop’s first billionaire in a leaked video. Apparently Apple wasn’t down with that move. But hey, better late than never. Apple, however, was definitely down with the way Beats music subscribers paid for the service which they previously received for free. So next time you find yourself in an Apple store with a few hundred dollars lounging around in your pocket, take comfort in the knowledge that you just might be able to purchase some tricked out headphones that last year pulled in over a billion dollars in revenue.

Oh no you didn’t!

The latest drama to play out in the corporate school yard is brought to you by Amazon and book publisher Hachette. So whose side are you going to take? Well let’s see now. How do you feel about Robert Galbraith aka JK Rowling? And just how eager are you to read that author’s new novel, The Silkworm? If you were thinking about buying the title from Amazon you might want to look elsewhere since it’s a Hachette book. Pre-ordering the title from Amazon isn’t an option (anymore). Amazon and Hachette were trying to negotiate how much to charge for Hachette’s books. Amazon wanted Hachette to reduce its prices. They couldn’t agree. Btw, Hachette pulled in $3 billion in revenue for 2013. Amazon pulled in $75 billion. Gee, I wonder who has the upper hand here?

Jetting off with Michael Kors…

Michael Kors earnings flew way past Wall Street predictions by almost $100 million, which does little to explain why its stock was going all over the place today. Though investors would argue that they aren’t enthusiastic about its gross margins as the company goes forward. In a corporate conference call the term Jet Set was used. A lot. Apparently “Jet-Set” is way cooler and more cost-benefitting than saying “luxury” or “ultimate” or whatever…No doubt a marketing firm was paid handsomely to come up with this theory. Anyways, the self-proclaimed “jet-set” company pulled in over $900 million in revenue and overall had more than a 50% increase over last year. The company might want to send a thank you note to Europeans who are totally getting behind the Michael Kors label/brand and helped increase revenue there by a very jet-setting, luxurious, ultimate 125%. So I guess that gives it leeway to call itself whatever it wants.