GM CEO Mary Barra visited Washington today for her second congressional grilling. Even after GM conducted its own internal investigation dubbed “The Valukas Report,” Congress still isn’t buying what it’s selling  – and recalling. Congress is still perplexed as to how GM took so very long – 11 years – to act on safety issues that claimed at least thirteen deaths. And while GM paid the maximum $35 million fine and set up a victims compensation fund, Congress was still left wondering how its possible that only fifteen people were fired over this debacle. Barra tried assured the government that forty new people were hired as safety inspectors. But then the CEO was forced to admit those “new hires” were promoted from within. In separate GM drama, the auto maker was served with a $10 billion lawsuit. “Victims” of this lawsuit are upset that the ignition switch recall affected the resale value of their cars and trucks.

The Redskins didn’t score today and the season didn’t even start. In a 2-1 vote in the US Patent Office, it was decided that the the Washington Redskons had no right to trademark their name. They can still keep the name, which some experts say is offensive and disparaging to Native Americans. Native Americans, however, seem to be split on that issue. The team intends to appeal the ruling. In the meantime, this ruling poses some unfortunate fiscal consequences – namely that third parties can use the name and logo to make money without paying a cent to the team. However, some experts argue that won’t be that big of a problem. Certainly the Redskins must feel otherwise. 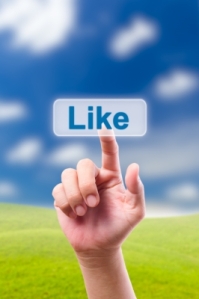 Looks like Instagram isn’t just for furthering Justin Bieber’s career. Small businesses are increasingly relying on the social media app to help them grow their business, without even resorting to the ludicrous antics favored by ego-maniacal celebrities and reality stars. Followed by 200 million users worldwide, Instagram helps companies of all sizes by driving sales and picking up customers and clients. The app also helps foster brand development. Now who doesn’t love all that? Businesses have even been paying people to post pics of themselves with the companies’ products on their Instagram accounts. It’s free advertising for small businesses and Kim Kardashian! Just don’t follow Kanye West’s example and take four days to edit a picture. There’s nothing Insta about that.