Japanese airbag maker, Takata Corp has filed for bankruptcy.  In the United States. Sure  companies file for bankruptcy almost everyday. But what makes this one unique is that Takata has the dubious distinction of issuing the largest auto-industry recall. Ever. With over 40 million vehicles in the U.S. possessing the potentially deadly airbags, some 125 million vehicles have been and will be recalled by 2019. It’s also the largest bankruptcy of a Japanese manufacturer, and one that finds itself staring down the wrong end of billions of dollars worth of losses over recalls that lasted the better part of a decade. From paying settlements to individuals who were harmed, to paying car makers, including Honda, BMW and Toyota – to name just a few – Takata’s fiscal trouble will take years to reverse. It seems that Takata’s faulty products were the cause for at least 16 deaths – that we know of. Fortunately a Chinese company had the good sense to swoop in and acquire Takata for a whopping $1.6 billion. Although, that is apparently a thorn in the side of the Japanese, since selling off to foreigners is something the country would rather like to avoid. Incidentally, the Chinese company that bought Takata is called Key Safety Systems and is based right here in the U.S. Go figure.

Looks like the music’s gone for Pandora CEO and Co-founder Tim Westergren. His departure may – or may not – have something to do with Sirius XM’x recent purchase of a $480 million, 16% stake in Pandora. But rumor has it that investors are bummed because they wanted Sirius to buy up the whole operation. If you recall, and it’s okay if you don’t, Howard Stern makes his radio home at Sirius. Not that this has anything to do with Westergren’s exit either. To add insult to injury, shares jumped a little on the news of Westergren’s impending departure, signaling that investors are stoked about his exit.  That itty bitty jump must have been especially welcome since Pandora’s stock has been down over 35% this year.  After all, Pandora is staring at some fierce competition from Spotify, Apple and JZ’s Tidal, to name just a few. As of yet, no replacement has been named so if you’re looking to throw your hat into the ring, now might be your chance. 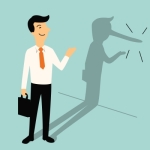 The time has come for everyone’s least favorite Pharma bro’ to head to court. And thus Monday begins with Martin Shkreli finding himself in a Brooklyn Fraud courthouse instead of a beach mansion in the Hamptons. But considering he raised the price of a life-saving drug by 5000%, he might very well go down as the least sympathetic defendant to ever sit in that courtroom. And just so ya’ know, being an a–hole isn’t crime and it’s not the reason why pharma-gazillionaire Shkreli is sitting in a courtroom on this fine summer day.  Rather ‘Pharma bro’ is on trial because prosecutors charged him with “widespread fraudulent conduct” and running a ponzi-like scheme that had him lying to investors while working at a hedge fund and his drug company.  Fun-fact: Shkreli was banned from Twitter back in January after harassing a female journalist who wrote an op-ed criticizing Donald Trump. Oh, the irony.

It might be 2017, but in a lot of ways it may as well be 1917. For some inexplicable reason a pay gap still exists between men, women and people of color. So weird, right? Hard to believe, but on average women still make 80 cents for every dollar a man gets. That’s assuming we’re taking about white, straight women. It all goes precipitously downhill from there. It’s a good thing women have an advocate in the form of Facebook COO Sheryl Sandberg.  Her nonprofit LeanIn.org has just whipped out its latest campaign, with a little help from Funny or Die, called #20percentcounts.  Because it absolutely does. One of the more startling facts of data from the Institute for Women’s Policy Research shows how closing that offensive 20% pay gap would actually lift over three million working women out of poverty. Out. Of. Poverty. In honor of Equal Pay Day, look for 20% discounts from several businesses to draw attention to this issue. For the full list, stop on by at LeanIn.Org.

Well, if Jamie Dimon is saying it then it must be so. The JP Morgan Chase & Co. CEO just regaled us with his annual letter and started by saying just how friggin’ awesome the United States is and how it is “stronger than ever before.” But. It’s a big but. More like a BUT. He then goes on to discuss how “…something is wrong” with our country. He does, after all, sit on the President’s business forum, so I guess he would notice a few things that are…amiss.  For instance, he’s not digging the labor market, or rather there aren’t enough laborers in it. Of course, inner-city schools made a brief appearance in the letter, along with destructive anti-trade policies, infrastructure spending, corporate taxation, and those ever-pesky excessive regulatory rules. Dimon really took a lot of issue with all those banking regulations that are apparently marring the business landscape of the country. In all fairness, he would know a thing or two about that. Dimon feels the public should start showing a little more (un)conditional love towards our great big, fiscally-motivated financial institutions. The takeaway, according to Dimon’s letter? “Confidence is the ‘secret sauce’ that, without spending any money, helps the economy grow.” Got that? Confidence = Secret sauce=economic growth .Who knew? 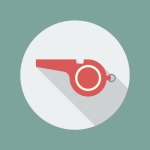 In all the talk about Wells Fargo’s illegal activities and all-around bad behavior, it seems a very important figure got lost – that being the very brave whistleblower who called out the bank over its fraudulent account opening activities. Said whistle-blower lost his job in 2010 after calling to complain to the bank’s very own ethics hotline, in addition to his supervisors,  about his suspicions that Wells Fargo was engaging in some problematic business practices. Now, not only was the bank ordered to hire him back, but it also has to pay him…wait for it…$5.4 million. Of course, that number pales in comparison to the $185 million worth of settlements that Wells Fargo has had to cough up already. But still, it’s gotta hurt for Wells Fargo. Well, cry me a river. Because after all, that $5.4 million is meant to cover back pay, damages, compensation and, of course, legal fees. This payout also has the dubious distinction of being the largest award ever ordered by OSHA. Naturally, Wells Fargo is not happy with the ruling and plans to fight it. As for the employee’s plans to return to Wells Fargo, well, that remains to be seen.

To take your mind off the fact that we have yet to find a cure for cancer and AIDs, or that people all over the world are living in abject poverty, we now turn our attentions to the Donald Trump vs. Forbes magazine smack down. The two entities are going head to head over Donald Trump’s estimated net worth, with Trump insisting that Forbes has its facts all wrong. “I’m a private company […] I like the people at Forbes but they don’t really know my assets very well,” the Donald said during an interview for CNBC. Forbes says that The Donald’s real estate fortune can be pegged at $4.5 billion, a figure that has the Republican presidential candidate in a snit because he is convinced that the magazine is trying to paint him “as poor as possible.” As if that were possible. Trump insists he’s worth more than $10 billion, questioning Forbes arithmetic skills. Common core, perhaps?  Forbes, in its calculations, doesn’t place a value on brand and that irritates the real estate mogul because the Trump brand, according to Trump, is very valuable and might have led Forbes to a far different fiscal outcome. Maybe. Donald Trump apparently does not take comfort in the fact that he was ranked as the 19th richest American, or that he is by far the wealthiest of the presidential candidates. He’s also miffed that Forbes had the nerve to say that he has a paltry cash stash of just $327 million (forget the research that went into computing that amount) “But I have a lot of cash,”  he insists in a CNBC interview, explaining away that his cash bank account is bursting from the $793 million sitting in it, all green and crispy.

Today marks the dawn of a new -and hopefully less fraudulent-riddled – era, as business owners large and small now become liable for fraudulent activities. If a consumer’s info gets swiped, the business from which the offense originated eats the cost and not the bank that issued the card. Consumers, many who are now armed with credit cards containing EMV chips –  as in Europay, MasterCard and Visa (what you thought it was going to stand for some obscure tech jargon?) will now be able to conspicuously consume using new terminals intended to reduce exposure to fraud. In order for the chip to be really secure, a pin number should be used with it. Otherwise, don’t come crying to EMV. I say reduce, because sadly, it does not completely obliterate the cold, callous felonious act. It’s estimated that about 32 million consumers had their credit card info swiped last year, nearly triple that of 2013. The chip creates a unique code for every transaction. But if you have yet to receive your chip card, rest assured that your magnetic stripe-outfitted cards can still be used. Sorry to say but the chip cards won’t be of much use for your cyber-shopping excursions. So make sure the site with which you transact is legit. American Express is getting their chip-action going on October 16 while gas stations get until 2017 to upgrade their terminals.  So far more than 200 million cards with chips in them have been sent out.

A new king has been crowned over at Ralph Lauren, as its namesake CEO, Ralph Lauren himself, “stepped up.” That is not a typo but rather a direct quote from the preppy American style icon, who also happens to be the largest shareholder and intends to maintain his creative input at the company. The new CEO is none other than Stefan Larsson, CEO extraordinaire to fast-fashion brands Old Navy and H&M. His resume actually had some haters doubting the dude who has a lack of luxury goods experience. But Wall Street doesn’t seem to mind as it sent shares of Ralph Lauren up a much needed 12% on Wednesday while also taking a 6% chunk off of shares of Gap Inc for losing its rock star executive. The haters apparently aren’t paying enough attention to the fact that under Larsson’s leadership, Old Navy saw three consecutive years of growth and was the only one of the Gap Inc. brands to show growth at all, 5% just this year. In the meantime, Ralph Lauren had some quarters that were anything but, shall we say, fashion-forward, and is down a dismal 37% for the year.