Not that this comes as any great shock but Lumber Liquidators took another hit on Wall Street today, this time posting a bigger drop than expected for its third straight quarter. Instead of sales falling an expected 12%, the embattled company ate a much harsher 17% loss. It’s almost hard to believe that it was just last year when the company pulled in a $17.3 million profit with shares gaining 64 cents. But that was just days before the scathing “60 Minutes” report that found that Lumber Liquidators’ wood flooring from China contained excessively high levels of cancer-causing formaldehyde. Today, the company reported that it lost $19.8 million and saw 73 cents shaved off of its shares. The company took in a net loss of $56.4 million, a major 180 from the $63.4 million it reported in 2014. Shares fell 10% today and hit a 7 year low as the company decided not to issue a financial forecast for 2016 – a prudent decision since the company’s not sure if they will be left with any customers. Then there are all those legal and regulatory issues still plaguing the company, the $29 million in legal expenses and a $13.2 million settlement stemming from an entirely unrelated investigation. But at least Lumber Liquidators finally named a new COO, former Lowes exec Dennis Knowles. If he can turn the company around he just might be eligible for a Nobel prize. That’s a big “if.” Lumber Liquidators currently has over 370 stores in the U.S. and Canada and on Sunday, in what seemed like an incredible act of desperation, took out full page ads in Sunday newspapers across the country attempting to reassure customers that its other products are of the highest quality and made using the highest safety standards. Just stay away from their flooring products made in China which are three times as likely to give you cancer. 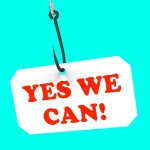 Warren Buffett addressed his ever faithful shareholders over the weekend and shared with them his thoughts and wisdom gleaned from a storied and insanely successful lifetime in finance. The 85 year old Oracle of Omaha stressed the importance of optimism – an outlook, he feels, our current group of candidates lack since they “can’t stop speaking about our country’s problems (which, of course, only they can solve).” He took some time to share his thoughts on the role of a good effective leader which he feels involves the ability “to define reality and give hope.” Apparently he thinks Hillary Clinton is capable of doing this since that is the candidate he is rumored to be backing. Mr. Buffett’s optimism extends to the U.S. economy – its long-term prospects, anyway – which he feels is only going to get better, especially for the babies being born today whom he calls, “the luckiest crop in history.” And why shouldn’t the world’s third richest man express his optimism? His company, Berskshire Hathaway, was up 21% and took in a record full-year profit of $24.08 billion. Incidentally, Warren Buffett was also rather optimistic about IBM, even though the company has lost a whopping $2.6 billion since the major investment he plunked into it. Go figure. What Mr. Buffett wasn’t optimistic about is the climate change which he calls a major problem for the planet. I guess you would have to agree with him on that. Especially since Leonardo DiCaprio had similar sentiments in his Oscar acceptance speech last night.

It seems like only yesterday when hedge fund billionaire  Paul Singer sued Argentina – yes, the country – for full repayment of the biggest sovereign default. Ever. Actually, it was closer to thirteen years ago but at least the two sides settled. Finally. Besides the enormous legal fees that both sides ate, Argentina was often unable to dock its naval ships or fly its Presidential planes in certain cities, lest they get seized by Singer and company. But now the settlement frees up Argentina  to hit up other countries and financial entities for more cash to borrow. Which is probably not the kind of thing you want to hear about a country whose commodities-based economy is on the skids. Oh well. As for the terms of the settlement, Argentina will be forking over $4.65 billion in cash – 75% of the principal – to Singer’s Elliott Management, besides the three other largest remaining creditors, including Aurelius Capital Management, Davidson Kempner and Bracebridge Capital. The agreement still needs approval from the Congress of Argentina which will hopefully check its drama at the door.