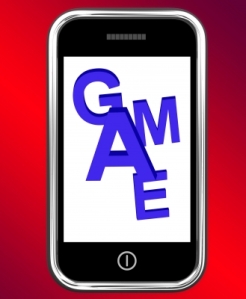 Zynga took a nasty little hit to its second quarter earnings by barely breaking even. And that’s being generous. While Wall Street was hoping to see revenue of $157 million, the San Francisco-based gaming company, currently notable for “Farmville,” took in $153 million in revenue with a $.07 per share loss. Ah! But what is a mere $.07 in the grand scheme of things, you might be wondering? Well that grand scheme adds up to a $62.5 million loss. Last year at this time the company’s loss was but a mere $15.8 million. However, there is hope on the mobile horizon, or so Zynga feels, as “Farmville 2: Country Escape” has become an Editor’s Choice in the Apple App store – a very significant barometer of what makes a game successful. Then there are those handy licensing deals with the NFL and Tiger Woods, among others, that Zynga is counting on to turn those earnings in the up direction.

It’s about to get a whole lot nastier – but luckily, not for consumers – in cyberspace thanks to the nifty new alliance that was forged between Barnes & Noble and Google. Yes. I did write Google – well Google Shopping Express, to be more precise. The two companies have teamed up to provide a little competition to Amazon. But that’s not in the official statement, of course. The partnership, which should give a much needed boost to the bookseller, will provide same-day delivery in certain areas, just like rival Amazon. After all the trouble Amazon caused for book publisher Hachette, this new deal probably couldn’t have come at a better time as consumers are feeling a little less affectionate towards the e-commerce giant. Google Shopping Express has already teamed up with major retailers like Target and Costco. By the way, you can subscribe to Google Shopping Express free for the first six months, with a subscription fee to be determined at the end of that time. Or you could just plunk down $4.99 per order. Happy shopping! 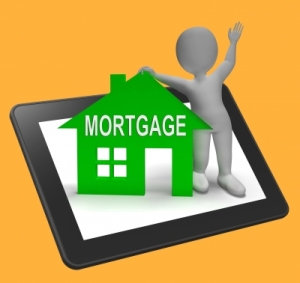 Fannie Mae, who once upon a time had to hit up taxpayers to the tune of $116 billion at the height of the financial crisis is about to have paid us all back in full. Sort of. The mortgage lending company just reported its tenth straight profitable quarter – $3.7 billion in profits, in fact.  And a check for that amount is in the mail…to the US Treasury. After the Treasury cashes that out, Fannie Mae can take a breather as it will have more than fully repaid its debt. And while that $3.7 billion profit might seem impressive, that figure is actually a 63% decrease over the same period last year, where Fannie Mae pulled in over $10 billion in profit.  Incidentally, Fannie Mae earned $84 billion in 2013. Not bad for a year’s work, huh?