GM just announced that it is throwing a whopping $7 billion into several of its U.S. plants in order to bring back thousands of jobs, in addition to the 56,000 hourly workers it already employs here. Naturally, Trump is taking credit for these actions and it’s kind of weird that he would since GM said these plans were already in place for months. Who you choose to believe doesn’t matter because Trump already tweeted about it:”With all of the jobs I am bringing back into the U.S. (even before taking office), with all of the new auto plants coming back…I believe the people are seeing ‘big stuff.'” Nothing says POTUS quite like the term, “big stuff.” But just so you know, GM didn’t exactly deny that Trump didn’t have something to do with its newly announced plans either. Although, General Motors did mention something to the effect of “this was good timing.” Feel free to read into that however you want since it’s no secret that Trump was gunning for GM over its manufacturing of the Chevy Cruze south of the border, and then bringing it back into the country tax-free. Incidentally, GM CEO Mary Barra is part of a panel of CEOs who are advising Trump on economic policy. Also incidentally, Mary Barra is expected to attend the President-elect’s inauguration.

Guess who else is not happy with Trump? Okay, I guess that list is kind of long so I’ll just tell you: Tiffany & Co. The jeweler, which happens to own a flagship store that is adjoined to Trump Tower, reported a 14% drop in sales at that very store on Fifth Avenue. To be fair, the iconic jeweler was expecting a drop thanks to Trump. Only this one was worse than expected, citing “post-election disruptions.” Roughly translated, that means that in addition to the many many anti-Trump protesters, potential shoppers also had to contend with heightened security, courtesy of the secret service and NYPD, not to mention journalists and hoards of tourists eager to see if they could catch a glimpse of the President-elect. So just how bad were Tiffany & Co.’s sales? Well, in the US, those numbers only came in at $483 million, with comparable store sales down 4%.  And the luxury retailer isn’t very hopeful about those numbers going up in 2017.  But because Trump isn’t everywhere, global sales of Tiffany & Co. came in at $966 million, which was just a tad bit higher than last year at this time.

Don’t toy with her… 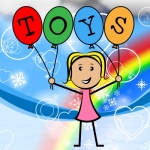 Barbie is getting a new boss as Mattel gears up for its second CEO since 2015. Enter Margaret “Margo” Georgiadis, whose last gig, for the past six years, was over at Google. She was President of Google Americas and oversaw commercial operations and ad sales for the U.S., Canada and Latin America. So, it’s safe to say she’s (over?) qualified for the job. She is among just 27 top ranking female executives at Fortune 500 companies. Georgiadis, who also worked at Groupon and Discover Financial Services, begins her role at Mattel on February 8, where she will also sit on the board of the company. She’ll be tasked with coming up with new, and hopefully ingenious ways to boost sales in a climate that has kids hypnotized by mobile devices. Unfortunately, these nefarious electronic gadgets have been putting a dent into the sales of not only Mattel, but Hasbro and Lego as well. However,  given that Georgiadis has a reputation for successfully building brands, boosting sales of Fisher-Price, Hot Wheels and the American Girl line should be easy as pie. Well, hopefully.