Gee I wonder why… 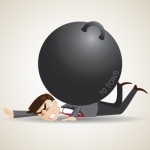 If you find yourself up for a challenging career change, look no further than embattled Lumber Liquidators, who now has a job opening…for a new CEO. After months of scrutiny and criticism following a scathing “60 Minutes” report about its dangerously high-levels of formaldehyde-laced flooring, Lumber Liquidators CEO Robert Lynch threw in his corporate towel. He officially resigned from the company and stepped down from the board of directors. Shares of the company took a 16% hit before the market even opened following the news of Lynch’s resignation, adding to the slide that Lumber Liquidators has been taking for months now. In fact, its stock is down more than 60% for the year. However, in Lumber Liquidator’s defense, 97% of its products found in its flooring already installed in customers’ homes was found to be within protective guidelines. As for that other 3%…well, I suppose that explains why the company is under federal investigation.

Best Buy managed to score some impressive earnings with a big fiscal shout out to big-screen tv’s and “iconic” smart-phones. In case it wasn’t obvious, CEO Hubert Joly deems the iPhone 6 and Galaxy S6 “iconic.” Other money-makers for the company were home appliances, which makes perfect sense since the housing market is easing up  (sort of, see below) making it easier for people to actually afford their homes, which they then need to fill with super convenient items like ovens and refrigerators. Just try living without them. Shares of the stock gleefully went up 7% before the market opened as the company announced it pulled in a profit of $129 million with 36 cents per share added, even though Wall Street only expected the electronics giant to post a 29 cent per share gain. A year ago the company pulled in a $461 million with $1.31 per share added, except that was all because of a tax change, so the year-over-year comparison is almost a moot point. The company saw revenues of $8.56 billion which was actually a slight drop from last year. But again, no one is too concerned because a.) analysts predicted revenues of only $8.46 billion b.) Best Buy is saying au revoir to 66 stores in Canada (yes, just like Target) so a loss of revenue was expected.  Oh, Canada. c.) the strong dollar has been messing with very company’s earnings and why should Best Buy be any different. 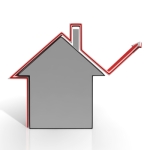 Once again, leave it to the housing market to toy with our fiscal emotions.  April proved to be nothing short of a bummer as sales of existing homes dropped, according to the National Association of Realtors. The culprit, it seems, is the fact that there are not as many listing, and the prices for homes are higher. Supply and demand, I tell you. Arghh!!! Just a little over 5 million homes were sold in April representing a 3% drop. And nobody likes a drop. Part of the problem is that people aren’t listing their homes. Maybe they just like the ones in which they are currently living. Maybe they don’t see listings that they like. In any case, the median price for a home these days is hovering around $219,000, almost 9% more than a year ago.  Of course building more homes is a logical way to fix this housing inventory issue.  And builders are doing just that, as evidenced by the rise in new building applications recently reported. But the problem is that building a new home can take about a year and who wants to wait that long to see some housing recovery?