Shake Shack it off…

It was the food IPO to watch with 63 locations all over the world and growing. But just a few months later the enthusiasm for Shake Shack has lost some of its flavor. Fourth quarter revenue for the “fast casual” burger joint was up 51% to $34.8 million when analysts only expected $33 million – definitely nothing to balk at. Even same store sales went up 7.2% when analysts forecasted a much more modest 4% increase. So what exactly caused shares of the company to take an 8% dive in after hours trading yesterday? Hmmm. Could it be that bigger than expected net loss of $1.4 million and 5 cents per share? Analysts expected the company to take a loss for the big tax charge related to its auspicious IPO. Problem is, those same analysts figured the burger chain would only lose 2 -3 cents per share. But nobody on Wall Street or elsewhere seems too worried as Shake Shack has big expansion plans and anticipates it’ll pull in revenues for the year between $159 – $163 million.

Things that make you go hmmm… 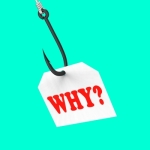 The big news coming out of Alibaba is all about the big investment it just plunked down on Snapchat.  As in $200 million big.  The Chinese e-commerce giant, which generates more revenue than Amazon and eBay combined, just upped Snapchat’s valuation to $15 billion, all because of this latest cash infusion for the magically vanishing messaging app. This particular move has got everybody wondering exactly why Alibaba chose to do this, especially because Snapchat is banned in China. Yeah you read that right. Might it be a way for the Chinese company, who had the biggest-ever US IPO, tap into overseas markets? Some experts think that might be the case. Or perhaps it has something to do with Alibaba’s lack of success with a messaging app? After all, Snapchat boasts 100 million users that send out 700 million vanishing messages…a day. Incidentally, Tencent, Alibaba’s biggest rival in China, also invested in Snapchat back in 2013. But after all, what’s $200 million to Alibaba, a company that already sees annual revenues of $11 billion.