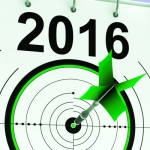 Obama may not be getting his complimentary iPad any time soon. Plans for his ambitious $4 trillion budget have been unveiled, much to the chagrin of everyone, but especially the tech titans of Silicon Valley. Obama’s plan, he says, is “designed to bring middle class economics into the 21st century.” Aw. Sweet. But to do that, Obama’s plan requires higher taxes on the wealthy, but hey, screw the wealthy, right? This $4 trillion plan calls for all sorts of nifty tax credits and education initiatives, child care, paid leave, and even a $478 billion public works program. Why, even the Pentagon gets about $534 billion. This pricey little plan would also smack a one-time 14% tax on off-shore earnings in addition to a 19% tax on future off shore corporate earnings. So where does Silicon Valley come in? Some of the money Obama would like to use to finance his little project would come from his tech friends and their overseas earnings. About $2 trillion in foreign earnings are currently wafting happily along all over the world, carefully avoiding Uncle Sam’s coffers and the President’s eager to get his claws on them through these taxes. Companies like Apple, Google, Microsoft and Pfizer would lose a bunch cash – in some cases roughly $10 billion – if Obama gets his way.  But he probably won’t because Republicans are not down with his plan, and since they control the House and the Senate, it’s safe to say they’ll do their very best from letting it become reality. 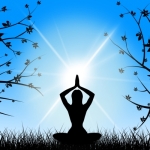 Alas, the unfiltered founder of Lululemon Athletica, Chip Wilson, has finally thrown in his see-through Yoga towel and resigned as board member of the apparel company, much to the delight of…well…probably everyone. Perhaps it was the lasting effects of his unappreciated comments about how Lululemon Athletica’s apparel was not suited for women who had a little more…shall we say, bass. Perhaps it was the ongoing jokes about the accidental see-through yoga pants, (again, blaming a more full-figured clientele) and other design flaws in the pricey yoga wear that finally did him in. Or perhaps it is true that the man who founded the brand back in 1998, and saw it grow into over 250 stores all over the world, really is stepping down so that he can devote more time to the new luxury line he founded, Kit & Ace. Wilson won’t be completely out of the picture as he still owns 7.8% of the company with about a $650 million value attached to that. Now if he could just learn to think before he speaks…

What’s in a number? 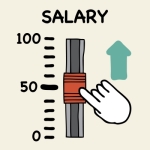 Just because 15,500 Hewlett-Packard employees lost their jobs this past year does not mean that Chairman and CEO Meg Whitman shouldn’t get an 11% compensation raise. I mean helloooo? The fact that HP’s earnings and revenues are also down, compared with last year’s numbers, should also have no bearing on Meg Whitman’s pay going up from $17.6 million to $19.6 million. Of course, that pay includes her salary, stock options and other benefits – hmm, I’m sensing a private jet and maybe even health insurance. Those 15,500 people really needed to go if HP’s much-touted five-year “turn-around plan” is going to work. Part of that turn-around will split HP into two separate publicly traded companies, HP Enterprise and HP Inc. Thankfully, Whitman’s paycheck was not affected by this “turn-around plan.” Phew. To be fair, Ms. Whitman only received a measly one dollar salary back in 2012 – and over fifteen million measly dollars in compensation, as well. The board over at HP feels her efforts are, in fact, paying off and she deserves all that (and more), especially when you consider that HP stock is up around 38% this year.

One response to “Obama Plans, Republicans Laugh; Lululemon Not Sour that Chip Wilson’s Out; Meg Whitman’s Salary Goes Up While HP Headcount Goes Down”